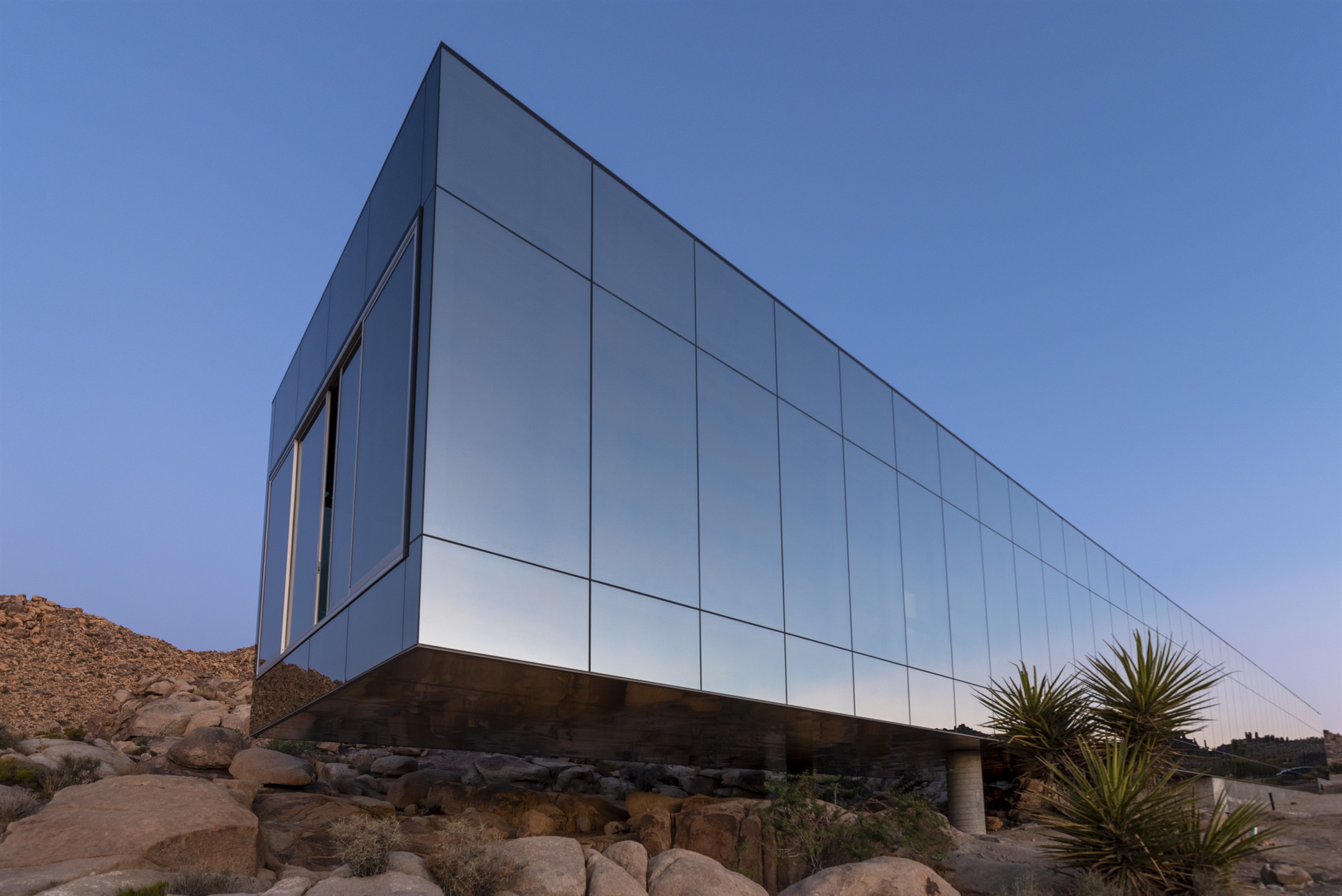 The Invisible House is located in the middle of the well-known Joshua Tree National Park, one of the most spectacular parks all over California. It was designed by the designer Tomas Osinski and by the film producer Chris Hanley; it recalls the characteristics of a New York City skyscraper.

Its name Invisible House is not coincidence, as a matter of fact externally it is totally covered with tempered glass sheets which reflect the surrounding desert environment. If you observe it from the outside and from a specific angle, this house almost seems to disappear among rocks and shrubs; from the inside, instead, the glass windows allow to enjoy the landscape completely, from any room.

This 511 square meter house was designed as a long and continuous space which develops around a central 30-meter-long swimming-pool. The living room and the dining room are located around the swimming pool. The sliding glass doors produce the effect of a continuous space, cancelling the boundaries between the outdoors and the indoors.

The other areas, such as 4 bedrooms and 4 bathrooms, are separated by partitions which allow you to have an uninterrupted view of the desert.

Furniture also evokes the essential style of the architecture which, not only blends in seamlessly with the landscape, but it also allowed to limit the impact on the environment at the most. On the roof, whose surface slightly exceeds 500 square meters, a photovoltaic system and a thermal one have been installed to heat water. 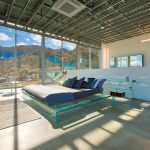 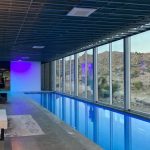 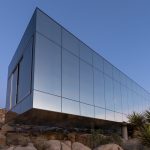 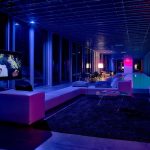 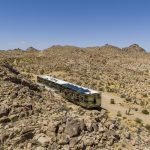 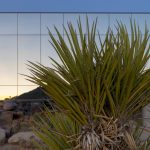 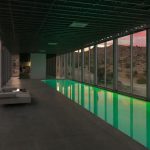 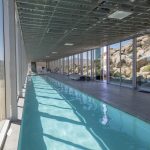 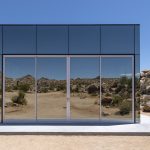 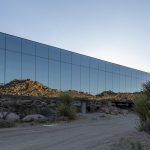 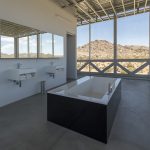