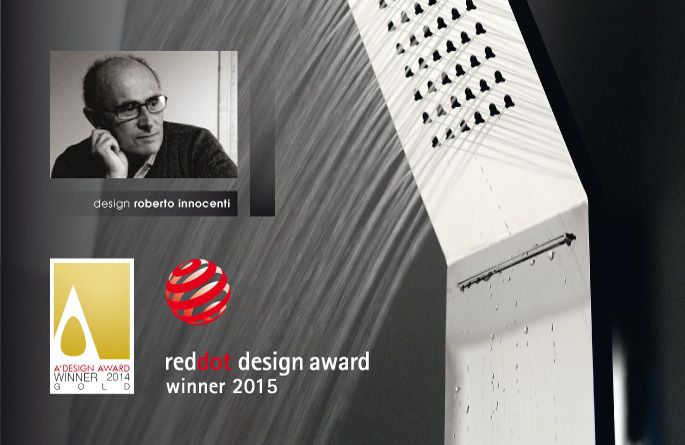 OBLIQUA, the innovative vertical shower set designed by Roberto Innocenti, is the winner of the Red Dot Award: Product Design 2015.

The Red Dot Award: Product Design, on its 60th anniversary, is one of the most important and the most respected competitions at international level: 4.928 design items, 1.994 participating companies coming from 56 countries and competing in order to win the rewards for 2015.

It is a competition which does not reward the aesthetic design of the product only, but also its manufacture and its construction quality which characterize the product itself.

Influence, neutrality and expertise are the values distinguishing the panel of judges appointed to select the winners. This panel consists of important designers, professors of planning and specialized journalists coming from 25 different countries.

The award ceremony will officially take place during a gala evening on the 29th June 2015 at Essen and afterwards the winning products will be exhibited at the Museum of that town.
In 2014 Obliqua already won the Golden A’ Design. 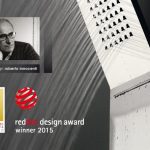 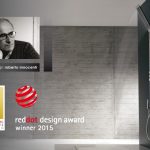 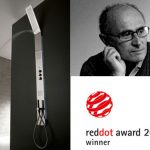